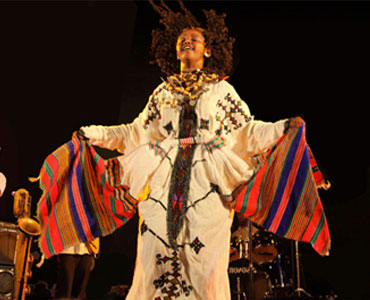 Amharic Music is an Ethiopian music streaming website that allows you to listen to Amharic songs by various Ethiopian artists. You can search for an amharic song by artist name, title or you can select an artist by clicking an artist name on the right.

Amharic music originates from the Amhara people of Ethiopia. It is one of the most popular in Ethiopia and East Africa.

One of the most distinctive features of Amharic music is its use of the pentatonic scale (Qenet), which includes four modes, namely “ambassel”, “bati”, “anchihoye” and “tizita”. This scale is typically used in a variety of different arrangements which give Amharic music its distinctive sound.

There are many internationally recognized Ethiopian singers who have brought Amharic music to a global audience. Some of the most famous include Aster Aweke, Mahmoud Ahmed, Tewodros Kassahun (Teddy Afro), Aster Awoke, Ejigayehu Shibabaw (Gigi) and Tilahun Gessesse. These musicians have all made a significant impact on helping Amharic music to thrive and evolve making it one of the most recognized in the world.